Welcome to Day 24 of the 6th Annual March MG Madness, featuring Adrienne Kress and her book, The Door In The Alley! 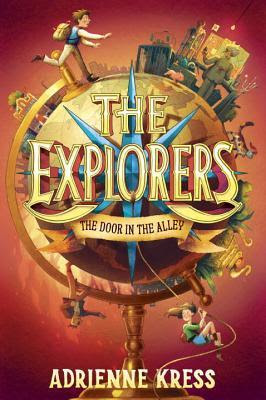 The Door in the Alley
(The Explorers #1)
By Adrienne Kress
April 25, 2017
Delacorte BFYR
Featuring a mysterious society, a secretive past, and a pig in a teeny hat, "The Explorers: The Door in the Alley" is the first book in a new series for fans of "The Name of This Book Is a Secret" and "The Mysterious Benedict Society. "Knock once if you can find it but only members are allowed inside.

This is one of those stories that start with a pig in a teeny hat. It s not the one you re thinking about. (This story is way better than that one.)

This pig-in-a-teeny-hat story starts when a very uninquisitive boy stumbles upon a very mysterious society. After that, there is danger and adventure; there are missing persons, hired thugs, a hidden box, a lost map, and famous explorers; and there is a girl looking for help that only uninquisitive boys can offer.

"The Explorers: The Door in the Alley" is the first book in a series that is sure to hit young readers right in the funny bone."

Sebastian, a studious; no nonsense; all logic kind of boy, and Evie, an orphan who doesn’t mind a bit of nonsense and illogical adventure, are about to have their worlds collide. And it all starts with a pig in a teeny hat, a door in an alley, and a secret society full of explorers. The middle is full of nasty thugs, puzzles to solve, and adventure to be had. While the ending is all startling revelations, mysteries solved, and cliffhangers to dangle from...it’s safe to say that Sebastian and Evie’s lives will never, ever, no-way, no-how, cannot be the same!

Adrienne Kress’ The Door In The Alley is a delightful and rollicking romp of a story! Sparkling with adventure, mystery, humor, likable characters, and zany fun, I found myself smiling the whole way through this middle-grade.

The Door In The Alley is funny...like, giggle-snort inducing, actually lol’ing kind of funny. With a charmingly cheeky and whimsically wacky voice and witty footnotes, this story is seriously amusing, entertaining, and clever.  The mysterious society Sebastian finds himself employed at (via punishment) is a wondrous, topsy-turvy place, full of the unexpected, incredible bits and bobbles, and sometimes the downright weird and creepy...and young readers will love every nook and cranny of the wack-a-doodle place!

The Door In The Alley has so much fun, laughs, and imagination bubbling out of it, making it such an irresistible and impossible to put down read!

There are many interesting, odd, brave, and sometimes dangerous, characters in The Explorers: The Door in the Alley. But none has found its way to such instant fame as quickly as the pig in the teeny hat: 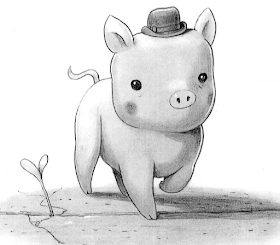 And why shouldn’t he be so popular? A well-dressed animal is always held in high regard. At least, I know I always consider animals in outfits to have a real sense of pride in their own grooming habits. This is why I have compiled a list of what I consider to be some of the better-dressed animals from classic children’s novels. I have decided to entitle this list:

SOME OF THE BETTER-DRESSED ANIMALS FROM CLASSIC CHILDREN’S NOVELS

1. The White Rabbit – Alice in Wonderland (by Lewis Carroll)
Being an animal has many benefits – the ability to fly, run very fast, be generally adorable and fuzzy. But there is at least one drawback: no pockets.  So what is a rabbit supposed to do when he must keep track of the time but has no pocket in which to place his pocket watch? I suppose, yes, a wristwatch could be a solution, but why sacrifice style when there’s a far better fix: get yourself a distinguished-looking waistcoat. 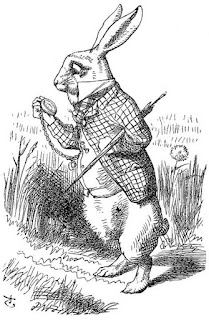 2. Puss – Puss in Boots (by Charles Perrault)
Sometimes as an animal you decide you prefer to walk on two legs instead of the usual four that you have. Then you get a new owner and want to test him to see how much he likes and respects you. So you ask for a pair of boots. And your owner is kind enough to provide an elegant pair. Not only do you now look rather dashing, but you also know you have his full respect. And you end up helping him win the hand of the princess. Because that’s what loyal pets do. Especially loyal pets in quality footwear. 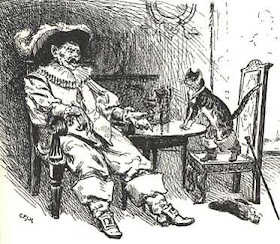 3. Mr. Toad – The Wind in the Willows (by Kenneth Grahame)
Clothing can definitely make you look stylish, but it can also just be a practical necessity. Especially when you have no fur to shield yourself from the elements as you drive your car at extremely fast speeds around the countryside. For such a thing you’ll need a good large overcoat and a pair of goggles, of course, as well as gaiters, gloves and cap to complete the look. And if you are as well off as Mr. Toad of Toad Hall, such items will be of the finest quality. 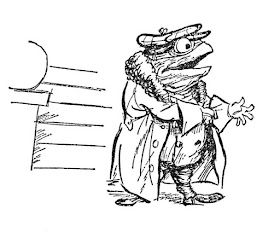 4. Piglet – Winnie the Pooh (by A.A. Milne)
Sometimes one needs to hunt for Woozles. Obviously. But sometimes the weather quite simply will not co-operate with one’s plans. So, while Woozle hunting is obviously a far more comfortable thing to do in the warmer months, when Woozle tracks appear in the snow, what is a little pig to do? Well, he must dress himself for the weather so that he is appropriately attired for the chase. And what better way to stay warm and cozy while tracking Woozles than wearing a nice scarf, as demonstrated in this case by the ever practical Piglet? (Interestingly, this particular pig chose not to wear a hat, despite the cold, thus demonstrating that not all pigs think alike.) 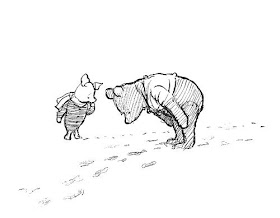 It’s a very special thing to be adopted by a loving family.  And even if you happen to be a mouse and they happen to be human, that doesn’t mean you can’t have things in common, for example: a fondness for dressing well.  It’s always wonderful to have elegant role models. But to have them living under the very same roof with you is the height of convenience. So follow their example.  Get yourself a suit, a hat and a cane and look stylish. 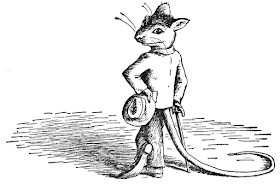 6. Nana — Peter Pan (by J.M. Barrie)
Like humans, animals have a variety of jobs they can perform. There are carrier pigeons, there are workhorses and there are mice who run through mazes for example. And as a true professional one must dress to suit one’s job. So of course when one is a nursemaid to the three rambunctious children of the Darling household, one must make sure to command due respect by wearing an iconic nurse’s cap. Now not only do the children know who’s boss, so too does the rest of the neighborhood when Nana takes the children for their daily walks. 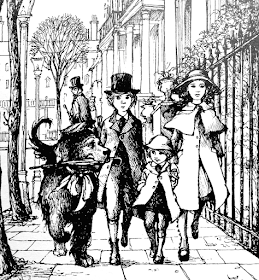 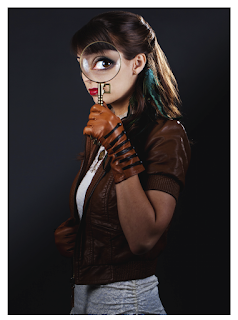 Adrienne Kress is a Toronto-born actor and author who loves to play make-believe. She also loves hot chocolate. And cheese. Not necessarily together.
She is the author of the award winning and internationally published children’s novels Alex and the Ironic Gentleman and Timothy and the Dragon’s Gate (Scholastic). Published around the world, Alex won the Heart of Hawick Children’s Book Award in the UK and was shortlisted for the Red Cedar. The sequel, Timothy, was shortlisted for the Audie, Red Cedar and Manitoba Young Readers Choice Awards, and was optioned for film.  She has also published two YA novels:  Outcast (Diversion Books), her quirky paranormal romance, and the Steampunk adventure The Friday Society (Penguin), released to a starred review from Quill and Quire and shortlisted for The Quill Awards.
2016 saw the release of Hatter Madigan: Ghost in the H.A.T.B.O.X., an exciting collaboration with NY Times bestselling author Frank Beddor (set in the same world as his Looking Glass Wars YA books). And this April she releases the first book in her new Middle Grade series: The Explorers: The Door In The Alley (Delacorte, Random House).
Website * Facebook * Twitter * Instagram

Win an ARC of The Door in the Alley!
Random House has generously offered one (1) ARC for one winner.
-US
-ends 4/5/17
-winner will be emailed and must claim prize within 48 hours
-Word Spelunking is not responsible for lost, damaged, or stolen prizes

a Rafflecopter giveaway
Aeicha @ Word Spelunking at 6:00 AM
Share